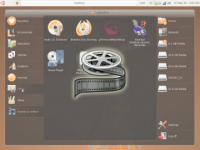 Well, if you’re reading this post, you’re probably interested in some way or the other about Ubuntu and already know that the official 9.10 release came out last week, known as Karmic Koala.  What excited me the most about this new release for Ubuntu 9.10 was a netbook version known as the Netbook Remix.  It’s Ubuntu with many specific tweaks, especially visually, that are tailored to the vast abundance of netbooks on the market today.

Therefore, I had to ditch Windows XP Home on my Asus Eee PC 1000he for Ubuntu 9.10’s Netbook Remix (UNR)!  I do have to make a disclaimer, I didn’t get rid of Windows altogether.  I created 2 40 GB partition’s and put UNR on one and Windows 7 on the other (Windows 7 review to come later!).  Anyways, back to UNR.  I’ve been using it throughout the whole weekend and overall, it’s been great!

So here’s what I’ve experienced:

Well, that covers the topics that were my biggest concerns with installing UNR 9.10.  My only criticisms are more cosmetic than anything.  And to be honest, UNR was done right…..get everything to work first, especially for the non-linux folks trying this for the first time, and then work on the goodies.  Things such as the ability to rearrange my Favorites tab would would be sweet.  I hate to post a review without any major criticism’s, it seems like Canonical paid me to write this, but it’s the truth, everything worked right after the install and the majority of my time was tweaking things to my likings.  Maybe you can leave a criticism or two?

Be sure to leave at least a comment or if you have any recommendations or questions, leave a comment!  Also, you can catch me on Twitter, so send a message – @wjfuoco, I’ll do my best to help answer anything!