It’s been obvious for some time now that the vast majority of the news reporting media includes bias into their reporting, all the while maintaining the stance that they are objective reporters.  During this past election, it really bothered me, now I’m just to a point of amazement and I just laugh, it’s all funny now … it’s a joke.  Take 4 of 5 (my guesstimate) news shows and they’re just so open about their opinion, when they shouldn’t be sharing it at all (I’m not referring to columnists or opinion shows). 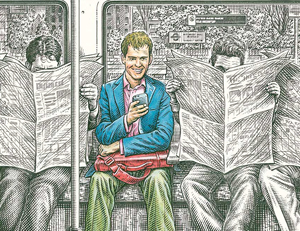 There are softball questions, there’s hypocrisy in critiques of individuals, sexism, and gossip all around.  Do these people really believe that the American public doesn’t see this?  It’s a foul stench right under our noises!  But it still goes on and on and on.  Amazingly, it hasn’t let up, especially with traditional news outlets such as national newspapers taking a hard hit to their wallet;  additionally, cable powerhouses are losing ratings to the younger Fox News Channel, who is much more objective in traditional news reporting (that doesn’t include O’Reilly, Hannity, & Beck kicking butt in their times slots either!).  With the high availability of the World Wide Web (WWW), we can easily pick and chose our sources.  (and let me segway for a moment, yes, because of the WWW, there’s some shady reporting/sources out there, but we have better access to more reliable reporting too!)

But what really gets me right now is the nerve of some the major players out there.  I read this today on the NY Post (http://tinyurl.com/cxzuar):

NEW York Times Executive Editor Bill Keller, [sic] The bombastic broadsheet editor went on to equate the keep-the-Times-alive movement to the cause of starving African refugees, saying, “Saving the New York Times now ranks with saving Darfur as a high-minded cause.”

Are you serious?  Darfur = The New York Times … foul stench again anybody?  Why should we focus on saving a supposedly “objective” newspaper that won’t even publish the (opposing) views of an American Presidential candidate?

And why should I read a newspaper under the leadership of an Executive Editor who can’t even research what Google does?

Keller said he had little use for Web sites like Google and Drudge Report: “If you’re inclined to trust Google as your source for news — Google yourself.”

Now, I sure hope Keller was just trying to be sarcastic and knows that Google crawls the web for information, rather than producing information, such as the NY Times.  The same goes for Drudge, the headings are not article headings, but a person’s opinion, however, they still link to actual articles!  As I mentioned, the American people aren’t stupid, and won’t let a bag be pulled over their head.  They’re going to find the truth and will follow the sources willing to do so!

I just think Keller doesn’t like losing control of what the masses read, he likes doing the spoon-feeding, so he can spoon-feed the lies, fibs, and fairy tales the NY Times has become known for … now we know why they’re losing money.