Getting Ready For The Olympics!

by Josh Fuoco on February 7, 2010
in Pittsburgh, Sports, USA 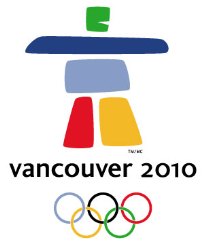 The Olympics, no singular event as large and heralded in the world.  And they start this Friday, I’m stoked to say the least!  After attending the Olympics myself in Torino, Italy in 2006, it’s safe to say I’m addicted.  I watched the 2008 Summer Olympics with great interest and the Winter Games, my favorite of the 2, really have me ready again.  Unfortunately, during the 2006 Olympics, because I was studying in Italy, I could only watch highlights online.  This time around though, I plan on watching as many events as I can!

Needless to say, I’m really anticipating the hockey games.  Here’s the schedule I’ll be following – Hockey Schedule .  Here in Pittsburgh, we have a few key athletes to follow, obviously one being Sidney Crosby for the Canadians.  Obviously, I’ll be rooting for Team U-S-A, but after that, I’ll be fun to also hope to see some good Canadian hockey in Canada!  The Canadians are so pumped for Sid, this Tim Hortons video makes me even jealous of their hockey heritage:

Now, Sid’s not the only hockey star to follow.  Brooks Orpik (USA), Ryan Malone – Pittsburgh native! (USA), Sergei Gonchar (Russia), and Evgeni Malkin (Russia),  will all be there too!  But one new hockey player going, that many don’t know about quite yet, is Robert Morris University alumni goaltender Brianne McLaughlin (stats)!  She’s an Ohio native, but played her entire college career at RMU and is also the NCAA record holder for career saves!  Talk about cool, check out the billboard below (courtesy of Robert Morris on Facebook):