Well, it has been a whirlwind past week or so for me.  I moved out of the Mt. Lebanon house, back to Bill & Netski’s (aka Mom & Dad’s). 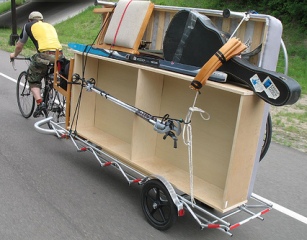 We decided to ditch the Lebo House as the rent & utilities were just way to high, especially in these tough times, where other similar places could be found for much less.  I decided to go back home for a short period of time and save up a little bit of cash and I wanted to be closer to work; despised that 40 minute commute!  I’ll admit also, that I moved out 1 year too early as I had a nice amount of money saved up; renting and paying for the miscellaneous expenses that go with moving out and renting took it’s toll on me.  I could have seriously bought my own place around now if I would just have stayed at home 1 more year.  Don’t get me wrong, at the Lebo House, I sure had some good times, but sometimes good times aren’t for the best.

So anyways, back at home, living in the tiny bedroom.  To paraphrase Mom, “You get the small room, I’m not making your brother move back in there!”  So WOOHHOO!  Therefore, all of my stuff sits on one side of the garage, piled to the ceiling, thanks to the engineering marvels of my Dad and Nathan, who helped me move the big stuff out.

On top of moving this past weekend, I had 4 different assignments due on Tuesday night, all for one class (I’m on a countdown, 4 more weeks, and then DONE…..2 Master Degrees…..DONE DONE DONE!) AND my PC went out of commissions again!  I have a problem with perfection and it wasn’t running the way I wanted it to, so I wiped it clean and have been trying to reinstall and get everything set up right.  And as you know from previous posts, I can’t stand not having my computer all ready!

Well, time to get back to my lunch and my accidently Frozen Yogurt, which is terribly delicious!